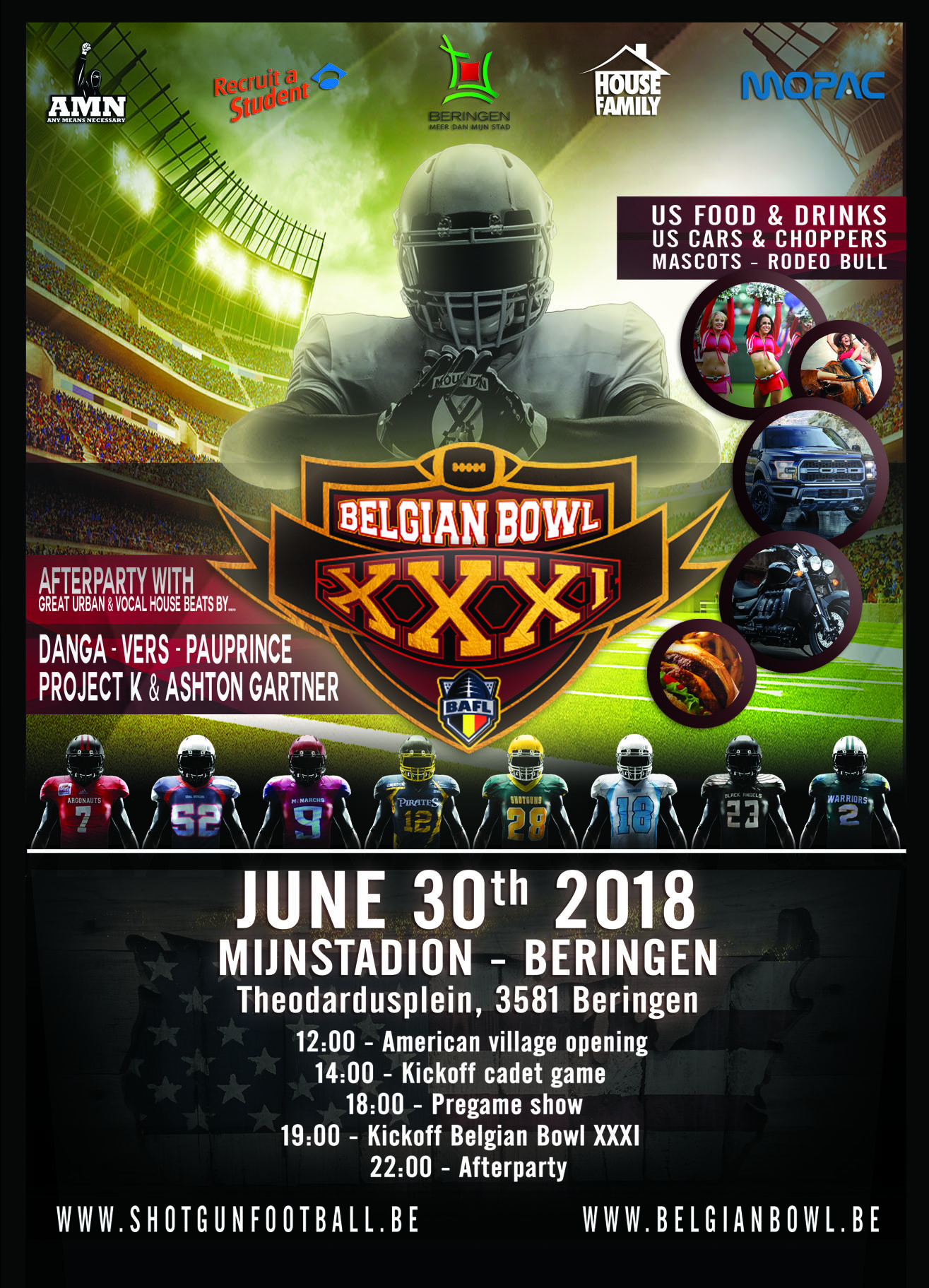 The game will oppose two of the current 4 contenders of the playoffs:

The first Belgian Bowl was organized in 1995 and received number VIII because it was the eight time a Belgian Champion in American Football was crowned. Before that, the Belgian champion was the team that had the most wins during the regular season. In 2003 no Belgian Bowl was organized, but the Brussels Black Angels were crowned National Champions because they had the most wins that season.